Esteemed as one of the most exquisite flowers, the peony, mǔ dān (牡丹), is a symbol for prosperity and nobility. The peony became popular in the imperial palaces during the Sui (589-618 A.D.) and Tang (618-907 A.D.) dynasties and thus earned the titles 'king of flowers,' and the 'flower of wealth, rank, and honor'. The yellow and purple varieties are considered to be of the highest value. The peony also symbolizes spring and is used as a metaphor for female beauty.

The image of a peony in a vase expresses the wish `prosperity and peace’, fù guì píng ān (富貴平安), because the vase is a rebus for 'peace’. The combination of a peony, a magnolia, and a Chinese crab-apple flower stands for 'wealth and high rank’, yù táng fù guì (玉堂富貴). Pictured with a lotus, chrysanthemum, and plum blossom, the peony symbolizes 'peace and fortune in the four seasons’, sì jì píng ān (四季平安). 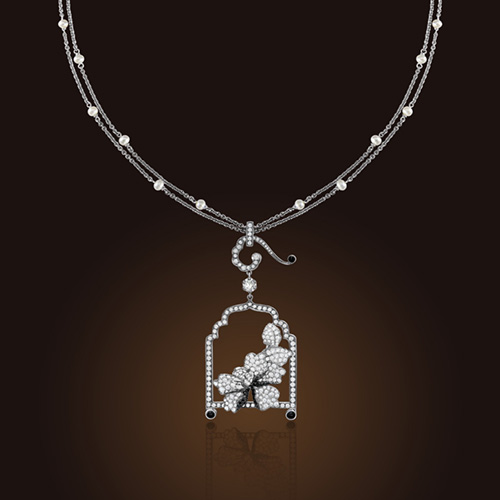